A Lifesaver at the Pool: Clipa for Your Bag 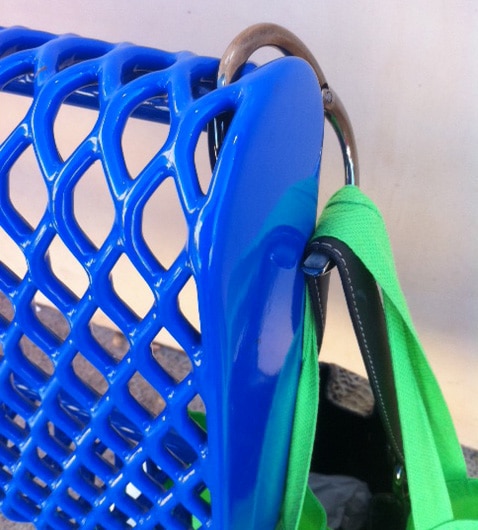 Pool decks can be wet and messy — not great for handbags and swim totes. Most purse hooks wouldn’t be up to the task of hanging a good sized purse, let alone a swim bag with a wet, heavy towel in it. And so many just won’t work on benches or rails. But of course, nothing else is a Clipa. Not only does it hold up to 45 lbs but patented Clipa will actually work on a variety benches, rails, stands, chaise lounge backs, tables, counters, shelves, pass through windows and many other spots. And because each one is made with meticulous care here in the USA, Clipa won’t tarnish, even in high humidity areas like swimming pools. This summer, bring cool to the pool with Clipa purse hangers.