Open Wide: The Value of a Single Accessory 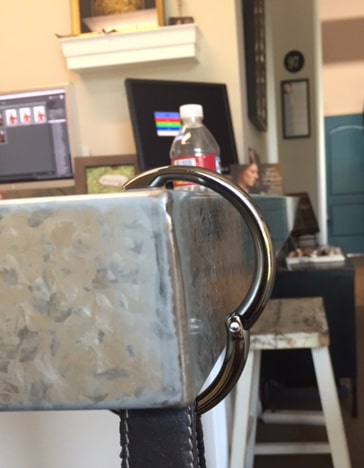 ‘Tired of flimsy, tipsy bag hooks that can barely hold a purse or that don’t open wide enough? When we set out to make the world’s best handbag hanger, we wanted it to work well, for a long time, in tons of places. That’s why the Clipa bag hanger opens more than 2.75″ inches. Thicker bar tops–even casino gaming tables where many other hooks simply won’t work–are no problem for the instant handbag hanger. Its patented circular design is so stable, it can actually hold more than one bag at a time, up to 33 lbs total. And Clipa’s been tested: you can use it day in and day out, for 10 years, without it ever tarnishing. By comparison, the finish of some other purse hooks can begin wearing off after just a few months. One single, well made accessory that does the job for just $15.99. To see all 6 models, including our bestselling matte hematite, simply click on the image.